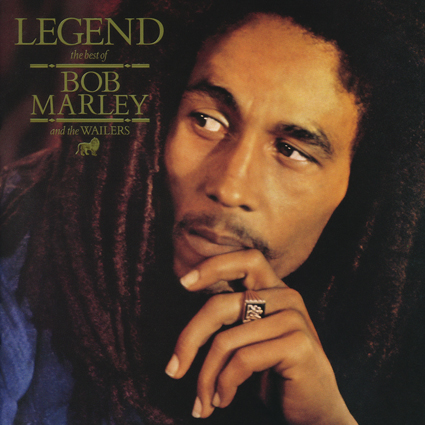 Mixing engineer Bob Clearmountain has made the day for surround sound fans with a release of Bob Marley's compilation Legends on Pure Audio Bluray. Oddly, this album was just released on this format in the fall of 2013 as a stereo only version, but don't question it, the surround sound version is here!

Super cool to note for fans is the entire album is mixed for 5.1 and is paired with a CD both featuring the original, early studio version of No Woman No Cry, instead of the previously released live track on this compilation, plus two previously unheard alternate takes of Easy Skanking and Punky Reggae Party. Yaa Maan.

The surround mix is a wonderful way to experience Bob Marley's classics in an open sound stage. Holding true to the original mixes, instrumentation has taken new positions with the addition of the rear and center channels, allowing for ease of distinction among parts. Those seeking deep lows, which are almost overpowering on the first track "Is It Love", are advised to play the DTS Master Audio 5.1 instead of the Dolby True HD 5.1 codec. I found the overall balance of the Dolby True HD to be more satisfying to my ears. The highs felt more present, but I believe that is due to the slight decrease in the deep lows that slightly masked the highs on the DTS MA version.

While this is advertised as a Pure Audio Bluray, from my perspective it is nothing of the sort. In fact, turning off the monitor looses the value of the constant slideshow of pictures that change every 10 to 15 seconds. Eye candy of course, yet of interest to Marley fans.

Although there is nothing special about the surround mix, speaking from the perspective of movement and placement, this is a very well balanced 5.1 mix. There are some nice reflections from marley's center channel voice to counter reflections from rear to front for percussion, guitar, and keyboard hits. A few tracks are somewhat dry, providing listeners with the pleasure of hearing all the parts with out any effects.

An aspect to the Bluray disc that is somewhat surprising is the vast difference in spectral balance between the stereo mix and the 5.1 mix. Highs are extremely vibrant and lows are muted on the LPCM stereo mix, so much so that it makes me wonder where the source for the stereo mix was derived from. Listening to the Compact Disc for comparison, the Bluray Stereo doesn't suffer from a brittle top end, especially related to cymbals and vocals. Furthermore the soundstage lacks depth on the CD version, which just leads high-resolution listeners back to the main reason they enjoy hi-res; it simply sounds much better. But, for fans who enjoy the live version of "No Woman, No Cry," it is only available on the CD. While I appreciate having the album version of this song, frankly the performance just doesn't compare to the live version. I can only assume that the original multi-tracks were not available or in good enough condition to create a multi-channel mix of the live version.

Fans will not be disappointed by the 30th Anniversary release of Legends. Highly recommended for reggae fans and listeners who are ready to have a dance party in their listening room!

CD and Bluray with new 5.1 mix. Also available on vinyl.