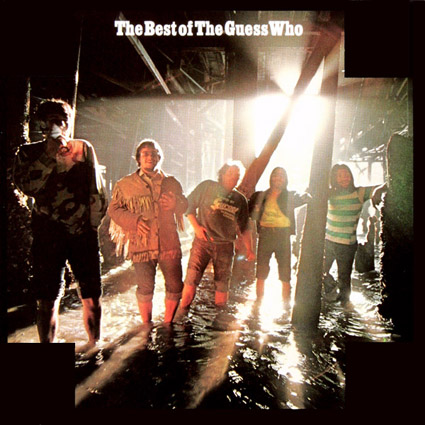 The great news for high resolution fans is the source material is of the best quality, and listeners will be treated to the original long versions of classic tunes including: “These Eyes,” the remake of “No Time,” and of course “American Woman,” among others.. Af marketing tells us fans will hear these tracks as they sounded in the studio back in the day!

Unfortunately the quad masters haven’t faired too well over the years, and lack punch and brilliance at the top end. This is one of the flattest sounding SACD’s I have ever heard. Compared to the snap and sparkle of the stereo remaster, the quad is a let down for surround sound fans. The coloration differences between the quad and stereo mixes are vast, and easily noticed on the vocals, drums and more significantly on the bass guitar, which is extremely round on the quad mix and much thinner on the stereo ermaster. While I like the fullness of the quad mixes low end, the overall balance of the audio spectrum is fantastic on the stereo mix. If I had never heard the rich lows on the quad version, I simply would have been more than satisfied with the thinner bass found on the stereo version. Listeners will also notice a wider soundstage when listening to the stereo version, even though the quad version utilizes two additional speakers, it sounds narrow and lacks the wider channel separation of the stereo version.

Putting all of this aside, the quad mix is rewarding for surround sound fans, like myself, who enjoy the art of multi-channel mixing. There is good use of the back channels and I found some nice placement of vocals, guitar, and other secondary parts appearing from the back speakers, while the main thrust of the band can be found in the front channels. It seems a lot of thought went into placement of parts within the quad soundstage, and it is a shame the transfer lacks the spectral balance of the stereo version.

Recommended for fans seeking a very good stereo version of this classic Best Of release. Quad fans on the other hand, beware that this will likely not live up to your expectations, and I can only recommend it for collectors who must have everything.