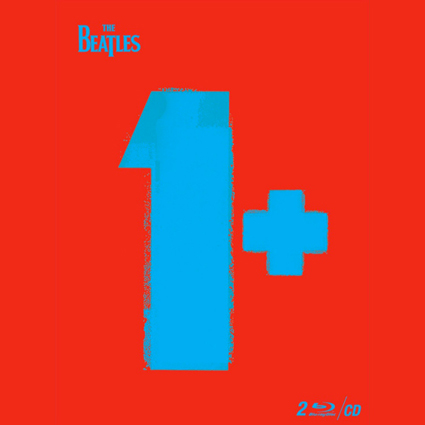 Hi-res Beatles fans have been asking for surround sound versions of their albums for years, and now a video compilation created from the existing track listing from the massive selling ‘1’ hits collection was released in November 2015. The super great news, is Giles Martin and team have created brand new 5.1 surround sound and stereo mixes of all the music on the Blu-rays or DVDs. The CD that comes with this package also contains the new stereo mixes.

Of course there are many more favorites beyond the #1 hits, and there are videos to accompany many other tunes. So Apple records has created a deluxe edition which adds a second Blu-ray or DVD, thereby gathering up plenty of other cool stuff which fell outside of the #1 hits template. Now fans can chalk up a few more coins to get it all, and I can’t imagine why any real fan would even bother with the standard singles only edition.

Just to be sure you are on board, here is why you’ll want the deluxe version, which by the way is available in either double Blu-ray or double DVD. The deluxe 1+ version includes Strawberry Fields Forever, Don’t Let Me Down, Let It Be, Get Back and The Long and Winding Road, Rain, along with multiple versions of some singles like Paperback Writer and Hello Goodbye. Additionally both Free as a Bird and Real Love, both which have excellent videos are included too.

Let’s be clear though, as exciting as this package is, there are plenty of limitations that hi-res fans must consider. The first is the actual recording equipment used on their first two albums, Please Please Me and With the Beatles. These albums used a two track British Tape Recorder made for EMI’s Abbey Road studios, which effectively leaves no room for creating a discrete multi-channel mix.

It wasn’t until their third album “A Hard Day's Night”, and their single “I Want to Hold Your Hand” that they were able to use a four track recording machine after it’s invention earlier that year. Still, with 5.1 and only four tracks, there is a limited amount of discrete mixing that can be done for surround, and this is very evident on all of the early tracks on One +. Logically, one could take each of the four tracks and throw them to the four corners, but trust me when I say that would create a very disjointed empty surround mix. As an example one track may have vocals placed in one corner, guitars in another, and drums and bass in the remainder. Furthermore, the stereo mixes place the drums to the left, with vocals in the center, and guitars at the right, and this already demonstrates gaps in the soundstage, when stretching this to surround the engineers simply added ambience and reflections to create depth.

But, what is remarkable and makes this set so very worth having in your collection is the sound quality, which has been dramatically improved from earlier releases. While staying faithful to the original stereo mixes, the new stereo mixes clearly have a radically fuller sound with rich round bottoms and glistening tops. Guitars are beefy and vocals solid. You’ll hear buzzing from guitar strings, breath work and a compliment of other sounds that literally place you in the studio way back when the Beatles first collaborated in the now world famous Abbey Road studios.

Likewise, the cleaned up films are an awesome addition to this collections. Sure, the lip syncing is not perfect, and it for some it may seem so very dated. For this fan, I absolutely love having the accompanying films, and it really reminds me of an amazing era of innovation and experimentation that has become the foundation for much of the popular music that has come afterwards.

As the songs move to their later years, engineers employed master and slave recorders, which allowed two 4-track recorders to be linked together. These were utilized to record the orchestra parts while allowing for the remaining tracks to be used for the fab four. Now, with more than four tracks to work with, songs like “Penny Lane”, “A Day in the Life” and later works are able to be given a limited discrete surround sound mix.

In 1968 with the invention of 8-track recorders (not to be confused with 8-track tapes) it became possible to create songs using over-dubbing and track bouncing, among other technical advantages. This new recording technology revolutionized how the Beatles made their albums, with 10 out of the 30 songs from their White Album recorded entirely on eight-track machines, by the time the album was finished, the Beatles' four-track era had reached its end.

Surround sound enthusiasts can now kick back and actually experience songs from their later years with some very nice surround touches. While the back channels have been primarily reserved for secondary parts, the orchestra section, or spatial reverb and echo, the mix lends a new dimension to the Beatles catalogue. I could easily see a surround remix of the White Album, Abbey Road, and Let it Be. It is probable that Sgt. Peppers could also be remixed in surround too, given the use of slave machines, but I personally don’t see any advantage for their earlier albums which were only recorded on 4 and 2 track machines.

Recognizing these limitations and experiencing the difference between the LPCM Stereo versus the HD Master Audio 5.1 version, I find myself way more satisfied with the stereo mix. Don’t pick up this release for the surround sound version, get it instead for the videos and stereo mix. I consider it an essential addition for any high resolution audio enthusiast, and strongly recommend getting the Deluxe 1+ package, as it contains so much more material.

A few other notes, the commentaries are interesting and the menu navigation mediocre. I don’t care for the lengthy space between the songs, which is dead air, and seems excessive. I much rather have had the name of the song included in the first five seconds of the each video instead of leading each track.

Finally, there have been many reports that the multi-channel layer doesn’t work properly on the Blu-ray discs. Most likely this is due to a lac of firmware updates, but since my disc plays fine I don’t have a need to investigate this further. Regardless, I still think the stereo version is the best one to listen to, and I would be surprised if anyone is disappointed in their purchase of this fabulous collection!

Here is another great review.