Eric Clapton - Nothing But the Blues - 5.1 Atmos Blu-ray release 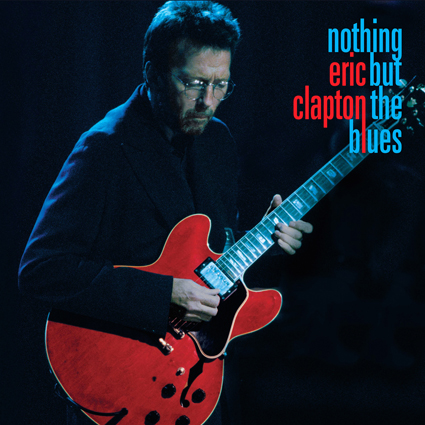 When the film “Nothing But The Blues” was broadcast in the U.S. on PBS in 1995, it was nominated for an Emmy® Award. Now the blues of Eric Clapton burns even brighter with the release of an upgraded 16:9 4K Blu-ray for its long-awaited official release. Additionally, a new soundtrack with more than an hour of previously unreleased live performances recorded in 1994 during the legendary guitarist’s tour supporting his Grammy®-winning, multi-platinum blues album “From the Cradle” have been included too.

Written and produced by Scooter Weintraub and executive produced by Martin Scorsese, the documentary includes an in-depth interview with Clapton conducted by Scorsese. Throughout the interview, Clapton discusses his love for the blues and the profound impact bluesmen like Muddy Waters and B.B. King had on his music. Many of those artists (Robert Johnson, Howlin’ Wolf, Buddy Guy, T-Bone Walker) appear in the film through vintage performances, interviews, and photographs.

Of course, at the heart of the film are Clapton’s performances of blues standards and lesser-known blues songs. Available in multiple configurations including a CD featuring 17 songs; a double LP containing 18 songs, and for hi-res enthusiasts of most interest is either the DVD or Blu-ray, each featuring 20 songs, in stereo, surround, and Dolby Atmos. The album covers the two nights at the Fillmore on November 8 & 9, 1994 in San Francisco, CA, with highlights selected from these two shows for this release. Furthermore, Clapton’s longtime co-producer, Simon Climie, has remixed the audio from those performances from the original multi-track recordings.

Also, a Super Deluxe Edition is available and comes with the documentary on Blu-ray, the soundtrack on both 2-LP vinyl and CD, a bonus CD with four extra tracks “Driftin’,” County Jail Blues,” “Kid Man Blues,” and “It’s Too Bad,” and an exclusive hardcover book with memorabilia, including a numbered lithograph, 12x24 poster, Clapton guitar string set, custom guitar picks, and an exclusive bandana.

Blu-ray with hi-res stereo, 5.1 surround, and Dolby Atmos.  Also available on DVD, CD, or Vinyl LP, some with fewer tracks.  A all inclusive limited super deluxe edition is also available, or one can find it via streaming too.