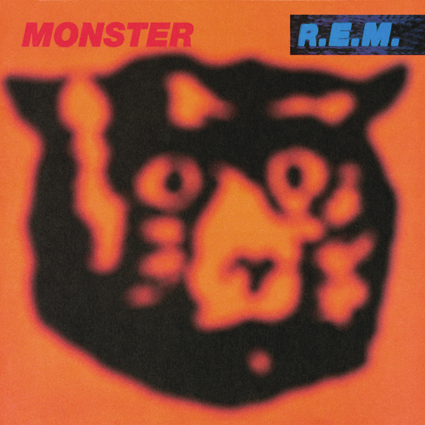 R.E.M.’s ninth album, “Monster,” is released as a super deluxe edition featuring all new hi-res 2.0 and 5.1 surround mixes. Released when the band was riding the crest of their early 90’s popularity, following their well-received albums “Out of Time” and “Automatic for the People,” Monster represented an intentional shift in the band’s sound. This return to “rock,” with guitar laden and simplified arrangements, received strong reviews and significant global success, reaching #1 on Billboard, and 7 other countries.

Within the grooves, or among the bits and bytes, fans will find their hit singles “What’s the Frequency, Kenneth?,” “Crush with Eyeliner,” “Bang and Blame,” and “Strange Currencies.” The 5-CD + 1-Blu-ray contains the 2019 completely remixed album by original producer, Scott Litt, along with 15 previously unreleased demos. Additionally, the box set includes a 2-disc Unreleased Live Set from the 1995 Monster Tour, the remastered album, concert film Road Movie and official music videos, plus extensive new liner notes, featuring interviews from members of the band. 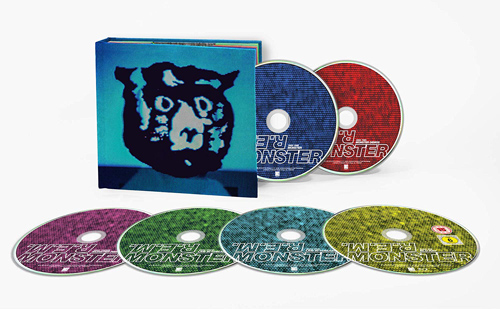 I am starting to really like the reimagined artwork which helps to identify these new editions, and the Monster redesign has been created by the original cover artist, Chris Bilheimer. What is still unclear, and possibly doubtful is the inclusion of a new Atmos mix. So far no mention appears to have officially circulated, thus unlike their previous deluxe release, Monster seemingly only will have a 5.1 mix. Check back for updates on this in the future.

Also, note this contains new mixes that are unique to the previously released and now out of print CD + DVD-Audio disc edition with 5.1 mix.