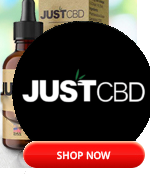 SACD releases are available in either stereophonic sound or surround sound. Although SACD audio streams are encoded in a pulse-density modulation (PDM) scheme called Direct Stream Digital (DSD), a manufacturer may also write a Pulse-code modulation (PCM) "layer" compatible with conventional Compact Disc players. SACD is a disc of identical physical dimensions to a standard compact disc, yet the density of the disc is the same as a DVD. The SACD sampling rate is 2.8224 MHz and the resolution is one bit. A stereo SACD recording can stream data at an uncompressed rate of 5.6 Mbps, four times the rate for Compact Disc stereo audio.

There are three types of SACDs:

Almost all commercially-released SACDs have included both stereo (dual-channel) and surround sound (multi-channel) mixes. However, the CD layer exists primarily for backward compatibility, but is not required. If the CD layer is omitted, the SACD need not be limited to an 80-minute playing time. For stereo material, the space that would have been taken by the multi-channel program can be used to extend playing time to four hours or more.

Within the audiophile community, the sound from the SACD format is thought to be significantly better compared to older format Red Book Compact Disc recordings. However, In September 2007, the Audio Engineering Society published the results of a year-long trial in which a range of subjects including professional recording engineers were asked to discern the difference between SACD and compact disc audio (44.1 kHz/16 bit) under double blind test conditions. Yet, 49.8% successfully answered correctly, corresponding almost exactly to the 50% that would have been expected by chance guessing alone. This conclusion is contentious among a large segment of audio engineers who work with high resolution material and many within the audiophile community whom can hear significant differences between these formats. What is clear is the quality of the original recording and the mastering process have a lot to do with these audible differences. Listeners may find a Compact Disc that literally sounds identical to a high-resolution version, such as SACD or DVD-Audio; yet in most cases the difference will be significant to the audiophile, and in some cases the high-resolution version may actually sound inferior to the Compact Disc due to poor mastering.

It has been said that Super Audio discs can contain up to three complete recordings of a work: one in the Hybrid CD compatible layer, and two in the SACD layer, a stereo version and a possible multiple channel version. If this is true, record companies could be legally liable for up to three sets of royalties. Since this would make the record much more expensive, this may be the reason why mainstream record companies are avoiding this issue by simply not releasing SACD versions and instead opting for alternate hi-res formats.