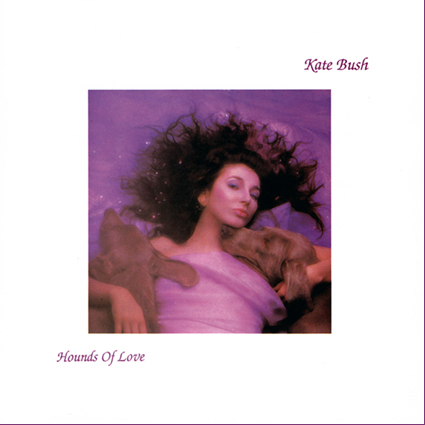 Embracing the continued advancement of digital sampling synthesizers, Kate Bush created a perfect fifth album, which she self-produced and took her into a realm with an even deeper devoted fan base. The 1985 album “Hounds of Love” reaffirm her appeal due partially to the MTV revolution. Building a 48-track studio in the family barn, she doubled down on the Fairlight CMI, a pioneering digital sampling synthesizer, which was a wildly expensive and complex computer. Only a few could afford and figure out how to play one during their ‘80s heyday. These were either established stars, such as Peter Gabriel and Stevie Wonder, and each one, like Kate Bush, looked for cutting-edge sounds.
The album contains her first U.S. hit, “Running Up That Hill (A Deal With God),” and it brought to the mainstream gender-equality issues which had been pumping through the punk scene. The album yielded four UK Top 40 hits. Leaving the bounds of synth-pop and progressive-rock, Hounds of Love nevertheless draws from both with double-platinum rewards .
Bush’s talent is so undeniable that she easily sneaks into contemporary music’s without foregoing any of her eccentricities. The second single on the album, “Cloudbusting,” celebrates Wilhelm Reich, a brilliant Austrian psychoanalyst who later became a crackpot American inventor.   It is the combination of the depth of her music and talent along with brilliant production work that make Hounds of Love the album to tuck into the trunk for a Desert Island Collection. This is a must have at all levels for literally any music fan.

Available on CD, Vinyl, and Cassette.