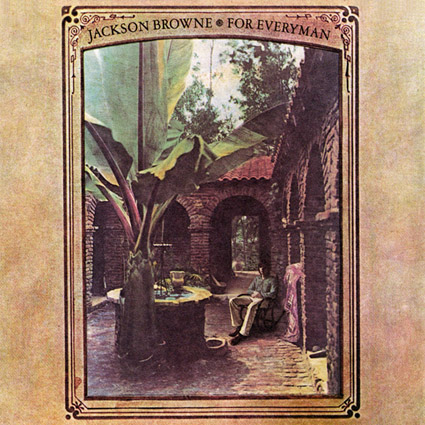 Admittedly Jackson Browne’s debut album Saturate Before Using is a masterpiece, and he had what seemed like an insurmountable task to make his 1973 sophomore release titled For Everyman. The irony is he had cherry-picked the songs for the first release, leaving him with older secondary material, which ended up being more accessible, notably such songs as “These Days,” which had previously been covered six times, dating all the way back to 1967, along with his co-composition “Take it Easy,” with Glenn Frey of the Eagles, had already become a Top 40 hit in 1972. Finally Browne came up with an entirely new tune that would rank up there with those found on the first album. The title track “For Everyman” apparently was his positive reply to Crosby, Stills, Nash & Young's “Wooden Ships.” The album also introduced interesting textures layering his music using a variety of stringed instruments, a sound that he followed over the next several years. Overall his second release is more uplifting and refined, leaning further into the pop world while stepping away from his more folk-rock roots. No Desert Island Collection would be complete without this release, but one would be wise to sneak in his debut album too.