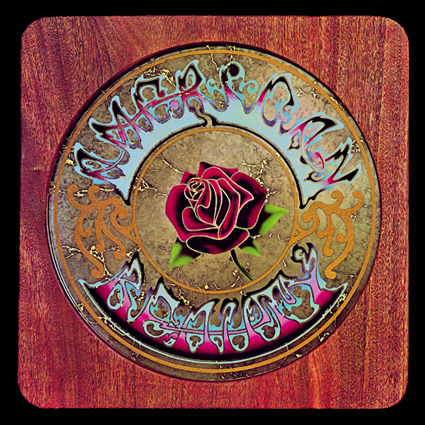 Few bands have created such a dedicated following as the Grateful Dead, earning this commitment from fans from their start shortly before the flower days of San Francisco. It would be a complete disaster to skip adding several albums in your Desert Collection. Surely, with only one choice, as an avid fan of the band, I would want “Working Man’s Dead,” “Wake Of The Flood,” “From the Mars Hotel,” “Blues for Allah,” and “Terrapin Station.” However, “American Beauty” hands down remains the top choice for its fantastic balance between rock and folk, along with blending blues and bluegrass along with elements of psychedelia. Favorites on the album include “Truckin’,” “Ripple,” “Friend of the Devil,” and “Sugar Magnolia.” True treasure seekers should look for the out of print DVD edition that contains an excellent surround mix plus a hi-res stereo layer. Of course, without a top end system on your Desert Island, a CD copy will due in a pinch!

It is also worthy to note that the Grateful Dead have become most well known for their improvisational concerts. A standout decades later remains their 3 LP Europe ’72 album. Also, picking up any of the Dick’s Picks series will surely transport fans back to the trippy scene right from the comfort of their listening room, or if your treasure chest is large enough, from the edge of your tranquil beach.

Available on CD, SACD and Hi-Res Download, plus with some searching on DVD-A 5.1, Vinyl, and Cassettte.