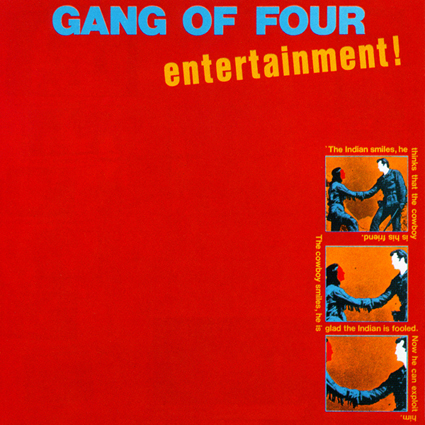 Although you may not feel the urge to be subversive while hanging on your Desert Island, Gang of Four’s debut release “Entertainment” is truly the most influential, exciting, and strongest from the band and possibly the era. Tracing through many genres, spreading widely with leanings towards punk and what would later be defined as indie rock and rap. The twitchy funky rhythm is pungent with searing and grinding guitar bursts, all under its spoken and often shouted vocals. The recording is raw and energetic, giving way to its stirring and evocative sound. They maintained much of this on their sophomore release “Solid Gold” and became somewhat more commercial on their third release “Songs of the Free,” before fading into mere obscurity from those who were not yet their fans. Entertainment still stands as a must have album that will surely make you a rebel.