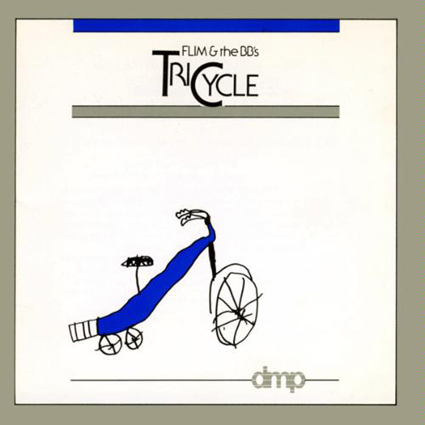 As we were arriving into the digital age, Digital Music Products. (DMP) began releasing fully digital albums recorded direct to 2-track digital, and yielding some of the highest dynamics heard on compact discs of that era. Flim and the BB’s became one of the labels earliest artist, releasing their album TriCycle in 1982 which featured fusion driven songs that had progressed away from the heavy rock edge commonly characterized by bands in the 70’s. Their quality compositions mixed with great musicianship were powered by incredible dynamics and were both tight and loose at the same time. The pureness of the recordings alone made many audiophiles salivate, as surface noise of vinyl had been replaced with the nearly impeccable silence of the compact disc. The band released several albums, of which their following two “Tunnel” and “Big Notes” kept them in the jazz spotlight for years to come. TriCycle still remains a favorite and could be considered the best place to start when filling up your Desert Island Collection with fusion-jazz.

Available on CD and SACD with some searching.