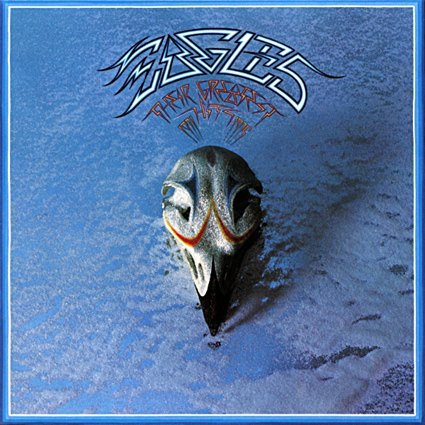 Greatest Hits albums always seemed a short-sighted overview of an artist, yet they provide some of the most favorited songs in a single compilation, making them perfect for placing in a trunk for a Desert Island Collection. Likewise, they serve as the best choice when no single album from the artist, such as the Eagles bubbles to the top as an immediate favorite. It is with this in mind that the first volume of the Eagles Greatest Hits has made it into collections wide and far more often than their original four albums from which the songs are drawn. With hits like “Take It Easy,” “Lying Eyes,” “Best of My Love,” and “Desperado,” it is no wonder this collection has become a beloved grouping of the Eagles classic California rock style. A couple of years later the band released their critically acclaimed “Hotel California” which ultimately is their best work, however it fails to capture the more gentle country driven feel of their first four records, once again proving that their Greatest Hits is a better first choice for any collection.