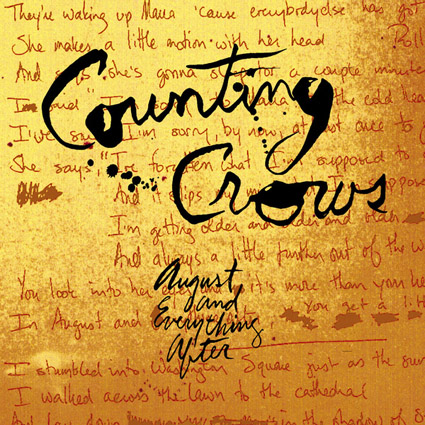 San Francisco's Counting Crows rose quickly to become one of the most critically acclaimed bands in the early 1990’s. The charismatic vocals of Adam Duritz led the six-piece winning blend of rootsy, Americana-rock tunes with instantly catchy choruses, carrying forward the spirit of musical greats from the likes of the Band, the Eagles, Bruce Springsteen and even the more modern rock group R.E.M. It is their universally lauded debut album “August and Everything After” that has clearly stood the test of time, recorded with amazing clarity and fabulous dynamics. On this release you’ll find their global hit single, “Mr Jones,” which is quite the rocker, along with “Round Here,”an affecting portrayal of a small town pace, plus “Rain King,” a personal favorite, among other infectious songs. The entire album is performed with confidence and poise by some accomplished musicians, especially Duritz anguished vocals along with Dylanesque imagery. The album drives home incredible energy that is emotional and riveting, replays are automatic, making this one of the first albums one should add into their Desert Island Collection. Really, you would probably find yourself lost forever without this gem.