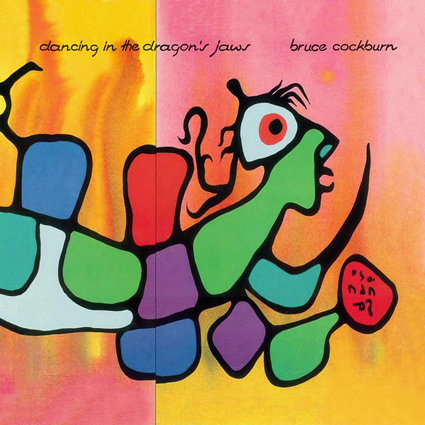 Spending his first decade in near obscurity, Bruce Cockburn finally hit the Top 40 with “Wondering Where the Lions Are” found on his 1979 release “Dancing in the Dragon's Jaws.” This album felt so familiar with his jazz-inflected folk, but incorporated greater emphasis on worldbeat rhythms that would go on to play a larger role on future releases. Yet, this album still holds the gentler side of Cockburn, exhibiting beautiful tingling acoustic guitar work. He finger picks intricate and melodic patterns that become the backdrop for his poetic ruminations on nature and spirituality. While this album may not match the sheer power of his next few releases, it remains his most beautiful album, and a favorite among many fans. When you are contemplating the beauty that surrounds you each day, you’ll be pleased that this is in your Desert Island Collection.

Available on CD, and pre-owned on vinyl and cassette.